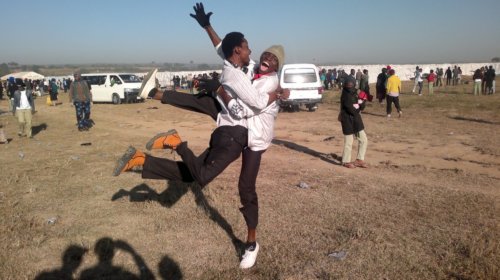 (I‘d be the one floating on the left.)

There would be no earthquakes because we would all just be featherweights –with very low BMIs –floating on the planet; and there would be nobody throwing his weight around and acting like a bully.
Seriously, I don’t bully people psychologically or otherwise. People may have felt bullied by a normal part of me, but I try to discourage it when I notice it.
Also, there would be no need for parachutes –for same reason as above, Sherlock! Sincerely, he that is “humble” need fear no fall. I don’t shatter when I fall or commit errors or am having a rough life.

We wouldn’t need elevators up skyscrapers because –yes, you are right –I am long. Not just tall.
I really don’t know how to feel inferior. I have this delusion that makes me believe no human being is eternal. We be all mere mortals. Only one ultimate Creator. I really am not moved when a random mortal refuses to acknowledge the fact. “For his/her pocket!” Denying that fact doesn’t place the fellow above me.
So, there would be no bullying or inferiority complex. None to look down your nose at or humiliate and none can feel humiliated.

We would all just be nervous bunches of people suspicious of each other, not because we are actually evil by nature, but for the inevitably unnerving pupils that I have.

(Left. Tried rolling my eyes a bit so as not to scare you with my direct gaze.)

As a “complement” to my warm personality, my eyes generate atypical reactions from people who gaze into it.

Before I turn in the continuation at my next post, I would love to see links from commenters to their posts on what the world would be like if all humans looked like them physically. Nothing deep or philosophical please. The only exemptions I may possibly permit are Julien (of julienmatei) and Paul (of poesypluspolemics). A world like those two would be simply unimaginable. Hahahahahahaha!!!